The History of the World Council of Fisheries Societies 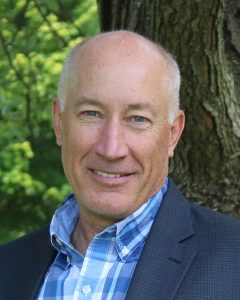 “Fish have no nationalities, but harvest does,” is the quote from Mr. Kostakopoulus, Director of Fisheries for Greece, used by former AFS President Larry Nielsen to introduce his article about the development of the first World Fisheries Congress (Nielsen and Wespestad 1993). Those words, according to Nielsen, simply and elegantly summarized the rationale for the development of the first World Fisheries Congress in Athens, Greece, in 1992. Those words have also been, at least in part, the philosophical basis for other key developments that have shaped the nature of the international fisheries activities of AFS. Winding the tape back six years to 1986, the characterization of fisheries by Kostakopoulus was likely also permeating the discussions of the representatives of the 22 fisheries societies convened at the initial Congress planning event, hosted in Manila by the Asian Fisheries Society. Fish stocks continue to move across geopolitical boundaries, disrespecting any demand for passports or visas. Harvest of freshwater and marine species continues to challenge our management systems. Greatly expanded aquaculture production in forms barely envisioned in 1992 have created immense food production capacity while also presenting challenging environmental and fisheries management impacts. Insert into the equation the impacts of climate change, the continual expansion of urban landscapes, hydropower developments, and other effects of the anthropocene and it is clear that the need for enhanced cooperation and collaboration among fisheries professionals is greater now than ever before.

The American Fisheries Society was a principal early leader of the move toward these international partnerships by proposing the World Fisheries Congress with the goal to “bring together fisheries scientists and managers in a nongovernment, nonpolitical, academic setting devoted to the sharing of research findings and the application of collective knowledge in enhancing the scientific management of fisheries resources for sustained human benefits.” After the 1986 Manila planning meeting, an international steering committee was formed in 1987, an Advisory Committee with an expanded membership of 26 societies was formed and convened in Tokyo in 1988, and the first event was held in Athens, Greece, in 1992. Out of that event emerged the concept of a World Council of Fisheries Societies (WCFS). The Council now provides oversight and is the central coordinating body for the quadrennial congresses. As part of the AFS co-evolution during this time period, the International Fisheries Section (IFS) was formed in 1997. The International Fisheries Section has an active set of gatherings at each AFS meeting, and a broad set of purposes: support and promote worldwide fishery educational, organizational, and research efforts; increase North American fishery scientists’ awareness of the interests, needs, and contributions of their colleagues worldwide; increase awareness and cooperation of the American Fisheries Society and its members in international fisheries; and assist in the international exchange of information, including the provision of technical advice, among fishery workers of all nations (international.fisheries.org). The Section has become one of the main supporters of the World Fisheries Congress since 1997.

The World Council of Fisheries Societies was developed to, at least in part, institutionalize this Congress. The main aim of the Council is to promote international cooperation in fisheries science, conservation, and management. This includes sharing sustainable management practices, encouraging excellence in fisheries research, and promoting the use of science in making decisions about the sustainable use of fishery resources. The principal activity of the Council has been to ensure that the Congress is hosted and successfully convened every four years. The Council solicits bids for the Congress and is responsible for the final selection of the host. In turn, the Congress acts as the venue for the only true gathering of the Council members.  Limited staff support is provided by AFS, with the lead being the Executive Director who is designated as Secretary General of the Council. Click here for a current list of WCFS officers.

There is a great unrealized potential for the Council but like many such international organizations, the challenges of distance, language, and resources are substantial. In addition to the main goal of promoting cooperation on major challenges of science, conservation, and management, the charter includes goals such as developing uniformity of nomenclature and standardization in matters such as information storage and retrieval, developing assistance for member organizations, and adoption of common practices and policies. With little funding and no dedicated staff, these are lofty challenges. Yet the need for such an organization as the Council persists and, in fact, is likely greater than ever as the world, like the fish and fisheries mentioned by Kostakopoulus, becomes increasingly interconnected. My intent as Secretary General is to explore ways to substantially increase the attention paid to the Council and re-energize its base. If you have an interest in helping with the World Council or would like information on the upcoming World Fisheries Congress, please contact me at dausten@fisheries.org.