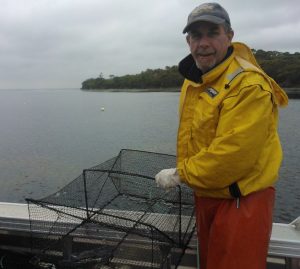 Dr. Jackson is a Principal Research Scientist with the Department of Fisheries based at the Western Australian Fisheries and Marine Research Laboratories. He has a BSc in ‘Fishery Science’ (Plymouth, UK), MSc in fish ecology (University of Adelaide) and PhD (Murdoch University, Perth). After migrating to Australia in 1989, he worked for the South Australian Department of Fisheries and the SA Research and Development Institute in Adelaide before moving to Perth to join the Western Australian Department of Fisheries in 1997. His more than 25 years research experience has involved a broad range of fishery projects in freshwater, estuarine and marine environments focused on the biology and dynamics of exploited fish stocks, stock assessments and fishery management. Gary now leads the Southern Finfish team responsible for the monitoring and assessment of Western Australia’s finfish fisheries from Shark Bay to the South Australian border. He has been a member of the Australian Society for Fish Biology since 1992, and has served on the exec council as a state rep, the national conference-workshop coordinator 2005-2013, and as VP for two years before becoming President in 2013.